Where is the edge of space? 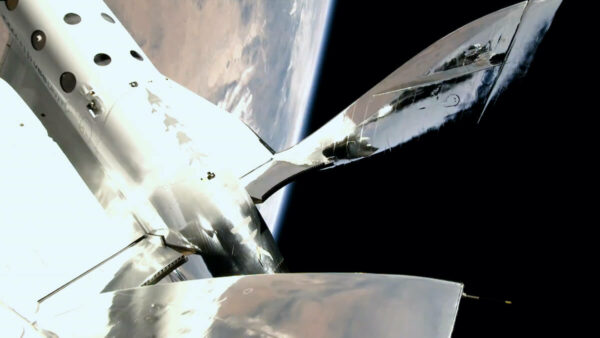 Have you ever looked up at the night sky and wondered: how far away is space? What distances can we climb to in our atmosphere before we reach the edge, and does that line even exist?

Cosmos Magazine’s Lauren Fuge delves into this conundrum within the context of 2021’s billionaire “astronauts” and their race to space.

You can also ascend through the different layers of the Earth’s atmosphere to explore this question with 2019’s SCINEMA International Science Film Festival entry – Where Does Space Begin?

As billionaires blast off in an effort to secure bragging rights or stroke their egos, an old question has been reignited: where does the atmosphere end and space begin?

Richard Branson’s Virgin Galactic flight on 12 July 2021 rocketed up to 86 km off the ground, while Jeff Bezos’s Blue Origin flight on 20 July 2021 reached just over 107 km – but did either of them truly leave this planet?

Our age is a continuum, Horner says, and the threshold for driving or drinking is arbitrarily defined.

That “final” point is around 10,000 km up above the surface – so it’s unsurprising that some people want a line marking where the atmosphere ends and space begins a little closer to Earth.

Some have tried to define this line based on the various layers of the atmosphere, which is composed of the troposphere (up to 10 km in altitude) through to stratosphere (10–50 km) to the mesosphere (50–85 km) to the thermosphere (85–500 km) and the exosphere beyond.

But the real reason for defining an edge of space is not scientific. Instead, definitions differ between countries and companies.

The US military, the Federal Aviation Administration and NASA define the edge as 80 km off the ground, towards the upper part of the mesosphere; in the 1950s, the US Air Force awarded “astronaut wings” to anyone who flew above 50 miles (80 km).

The Fédération Aéronautique Internationale (FAI), an international record-keeping body for aeronautics, adopted their own definition in the 1960s. Called the “Kármán line”, it marks the beginning of space at 100 km above Earth’s mean sea level.

“Now that we are in this era of commercial space tourism, suddenly people want to know where [the boundary] is because they want to know that what they did was really good enough.”

Which is as easy to define as the edge of space.

Another year of SCINEMA is drawing closer – keep your eye out for more announcements.