The Mauritanian’s Canadian connection: What the new film about Guantanamo detainee left out 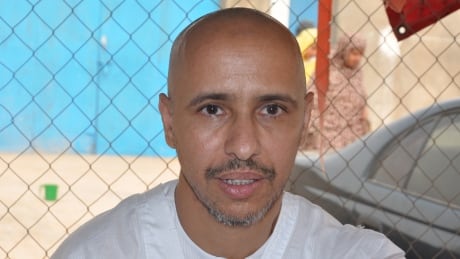 The Mauritanian tells the story of Mohamedou Ould Salahi, who spent 14 years in the notorious American military detention centre at Guantanamo Bay, Cuba, where he was tortured into giving a false confession but never charged with a crime. He says Canada was partly responsible. CBC’s Adrienne Arsenault spoke to Salahi and the actors who portray his life story on screen.

Previous articleHow Allen v. Farrow’s co-director convinced Mia and Dylan to go on camera
Next articleWhy children are hitting the wall in coping with COVID-19 pandemic

The science says there’s no difference between a dry or a wet cold. Sorry

N.W.T. peatlands store 24 billion tonnes of carbon and are worth protecting, experts say

As Canada’s coat of arms turns 100, is it time for an overhaul?