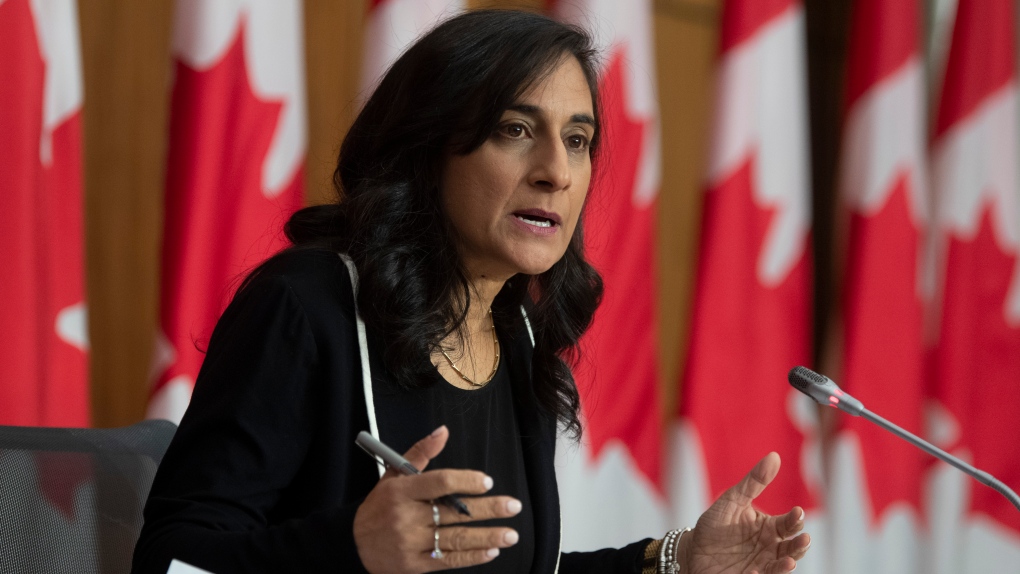 OTTAWA —
Should Health Canada approve the AstraZeneca and Johnson & Johnson COVID-19 vaccines, the federal government is aiming to have shipments make their way to this country as soon as that green light is given.

“Just like with Pfizer and Moderna… where I was on the phone every day… to ensure that we could have those vaccine candidates in Canada as soon as possible after regulatory approval, I am also on the phone with AstraZeneca and J&J [Johnson & Johnson] to ensure coterminous or near-coterminous delivery of those vaccines, as soon as we have regulatory approval,” said Procurement Minister Anita Anand in an interview on CTV’s Question period.

In the instances of Pfizer and Moderna, it took days between when approval was granted and when the first doses were injected into the arms of Canadians.

After Prime Minister Justin Trudeau stated on Friday that if AstraZeneca’s vaccine candidate was given the green light, the company would be sending all 20 million of its promised doses by the end of June, the PMO later clarified that Trudeau misspoke.

The 20 million AstraZeneca doses will arrive between approval and the end of September, with the delivery schedule for those doses to be confirmed after the vaccine is approved.

Anand said that it’s “possible” for Canada to receive up to 500,000 AstraZeneca doses prior to the end of March.

Canada is also set to receive a minimum of an additional 1.9 million doses of the AstraZeneca vaccine before the end of June, through the global vaccine-sharing effort known as COVAX.

Health Canada’s regulatory experts have been assessing the submission from AstraZeneca and Oxford University for safety and efficacy since Oct. 1, and the two-dose vaccine could be granted approval as early as next week, following several other nations.

It’s expected that Johnson & Johnson’s regulatory review could take a bit longer, as it was submitted to Health Canada on Nov. 30. That vaccine is a single-shot regimen.

“We are still in discussions to ensure that that one shot vaccine can come into the country as soon as possible after regulatory approval,” Anand said.

Typically, the vaccine submission review process can take up to a year, but because of an emergency order, Health Canada has been able to expedite the authorization process. The order allows the agency to assess rolling information as it comes in from the pharmaceutical companies’ studies, rather than having to wait until the end of its work to begin reviewing the findings.

As of early January, Health Canada Senior Medical Advisor Dr. Supriya Sharma said the agency was expecting additional clinical and manufacturing information from both studies in the coming weeks, but so far the reviews were progressing “well.”

On Thursday, Maj.-Gen. Dany Fortin said that contingency plans are being put in place to handle the potential addition of other vaccines into the logistical planning process, stating they are plotting out “multiple scenarios” that factor in seeing provinces able to leverage clinics and pharmacies as options for future vaccine administration sites.

3 sent to hospital after bike-vehicle collision in Saskatoon