Natalie Portman has taken a break from filming the new ‘Thor’ movie in Australia. She stepped out wearing dark denim shorts and a white tee.

Natalie Portman, 39, was spotted on a casual outing in Sydney, while on a break from filming the new Thor movie. The actress cut a casual figure on February 28, amid her hectic filming schedule in Australia for the upcoming Marvel blockbuster. She rocked a pair of high-waisted daisy duke shorts, which she paired with a casual white tee while sipping on a coffee from a local cafe. The A-lister styled her brunette locks in loose natural curls, and donned a pair of black and white sneakers as she strolled alongside her nine-year-old son Aleph. 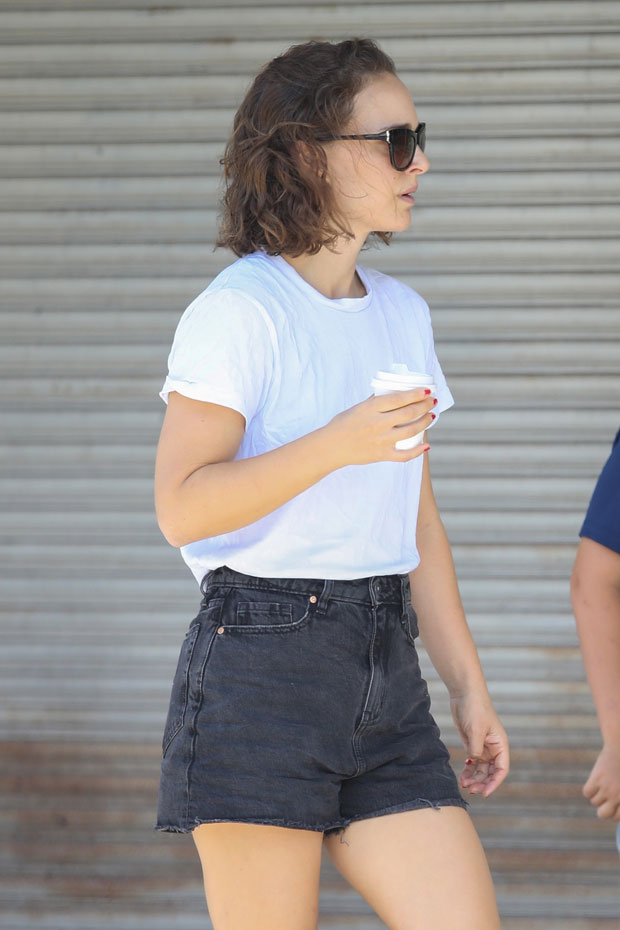 The Black Swan star has been residing in Australia for almost six months now, while filming the latest Marvel blockbuster Thor: Love and Thunder. The highly-anticipated flick will see Natalie’s character, astrophysicist Jane Foster, take up the mantle of Thor after transforming into a female version of the Greek god. Marvel fans would know she also appeared in 2011’s Thor and the 2013 sequel Thor: The Dark World, so she’s no stranger to the iconic films. Of course, the movie stars Australia’s own Chris Hemsworth in the title role, and Natalie has been spotted with her kids in Byron Bay where her co-star lives with his family.

Along with outings in Sydney with her son, and mini-me daughter Amalia, the actress has also been seen on the beach in Byron Bay with her brood. In late 2020, She was joined by her adorable daughter Amalia for a sweet beach day, as they played in the sand and enjoyed the sunny weather. 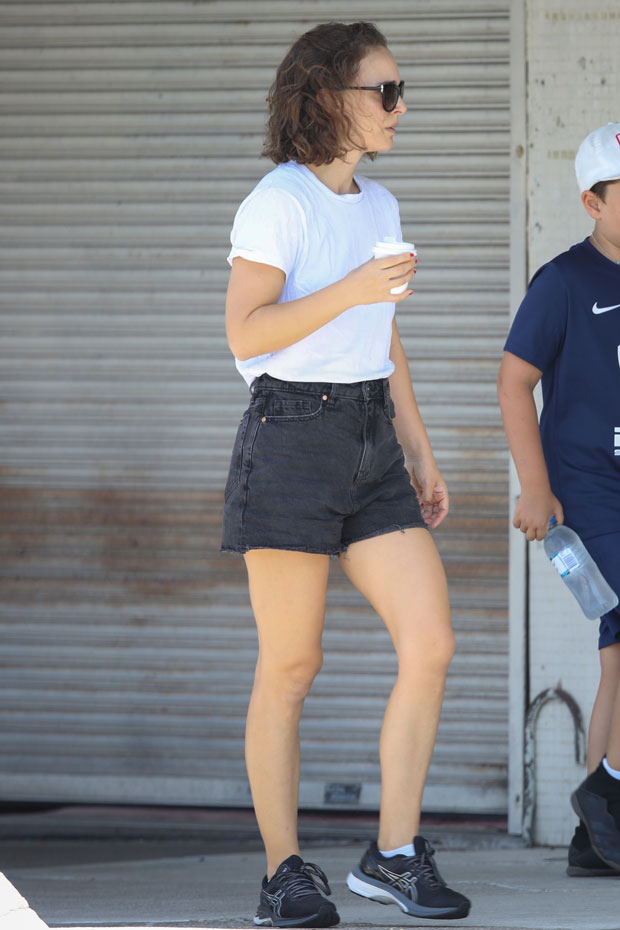 The mother-of-two also spoke out earlier this month to put pregnancy rumors about her to rest, and call out body-shamers. The actress took a screenshot of a headline from Page Six that read, “Natalie Portman steps out seemingly with a baby bump in Sydney” from an article that included recent photos of her walking outside. “Hey, so I’m totally not pregnant…but apparently it’s still OK in 2021 for anyone to speculate and comment on a woman’s body shape whenever they want? Do Better,” she wrote while tagging the outlet.

Canadian families could pay $1K more a year for food in 2022: report