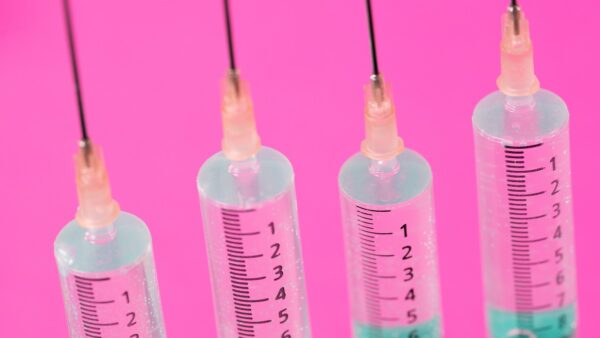 Sheba Medical Centre began administering fourth vaccine doses to more than 270 of its medical workers in a limited clinical trial last month. Of the participants, 154 received a Pfizer vaccine, and 120 received Moderna. All participants had previously received three doses of Pfizer. These were compared to a triple-dosed control group who did not receive a fourth shot.

The results showed that the fourth dose continued to build antibody levels, but not to levels sufficient to prevent Omicron infection.

“Despite increased antibody levels, the fourth vaccine only offers a partial defence against the virus,” said Dr Gili Regev-Yochay, director of the hospital’s infection disease unit. “The vaccines, which were more effective against previous variants, offer less protection versus Omicron.”

The small size of the trial limits the conclusions that can be drawn, but these early results are enough to raise questions about Israel’s decision to offer a second booster shot – and fourth overall – to its over-60 population. Is a fourth booster warranted if Omicron continues to evade the antibody protections generated?

Dr Nahman Ash, director of Israel’s Health Ministry, said the research did not mean the fourth vaccine effort was a mistake. He stressed that despite showing little promise in slowing the spread of Omicron, a reduction in the severity of disease in vulnerable sectors of the population is nonetheless a significant boon.

“It returns the level of antibodies to what it was at the beginning of the third booster,” he says.

“That has great importance, especially among the older population.”

He said the research would be taken into account as authorities debate whether to expand the additional booster campaign to the broader population.

Israel has been viewed as a world leader in vaccination, being among the first countries last year to widely vaccinate its population, and the first to offer a booster shot. The latest booster campaign for older Israelis also is believed to be the first of its kind in the world.

However, questions remain regarding the merit of administering fourth vaccine doses when many lower-income countries are struggling to access the doses needed to achieve the minimum standard of double vaccination.

As well as being ethically fraught, the decision to add another round of booster shots with no strong evidence of protection against Omicron, whilst allowing the virus to circulate freely in under-vaccinated global populations, has been flagged as one of the key drivers of new variant emergence that could see fresh waves of COVID sweep the globe.