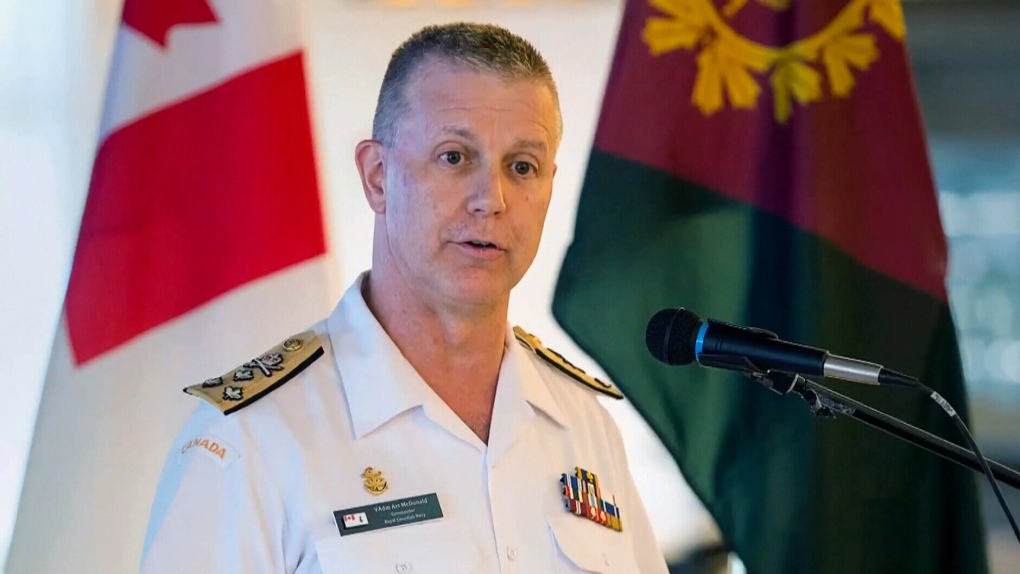 TORONTO —
Canada’s recently appointed Chief of the Defence Staff Admiral Art McDonald says the senior leadership of the Canadian Armed Forces needs to better reflect Canada’s diverse populations after he was criticized online for a tweet about the importance of diversity featuring a photo that appeared to showcase a lack of racial diversity.

McDonald responded to the criticism in a series of follow up tweets on Thursday afternoon, saying he “hears” the concerns and takes them “to heart.”

“It’s true: the leadership of the CAF is, and historically has been, predominantly male and white. That needs to change,” McDonald wrote.

“We need to reflect Canada’s diversity at all levels. We must work to eliminate systemic racism & dismantle the barriers to career advancement that exist. We are there in mindset but know there is still a lot of work to do, and we are committed to doing it,” he added in a second tweet.

McDonald shared a photo on his Twitter account Thursday evening showing eight male staff members seated around a conference table. Another male and a woman appear on a video screen behind them.

“Conversations on diversity, inclusion, and culture change are not incompatible with our thirst for operational excellence. I count on my senior leaders to champion culture change. Diversity makes us stronger, inclusion improves our institution. We are #StrongerTogether,” McDonald wrote in the tweet.

After posting the tweet, social media users were quick to point out that everyone in the photo appeared to be white and nearly all of them were men.

“Did you not think this through? Did you not realize that this conversation can not be had by only white males? Do better, please,” one Twitter user wrote in part.

While some pointed out there appears to be one woman in the photo, others argued that a single female does not represent Canada’s diversity.

“I am always amazed when white people think they can not only solve, but also recognize the problems at hand solely amongst themselves. The irony here is that the reason this room is so white is due to the very problem they say they are addressing. But clearly are missing to see,” one Twitter user said.

Another user noted that one of the main issues with the photo is that it shows the lack of diversity of senior leadership, something they said needs to be addressed in order to make government organizations more inclusive.

“Yes, diversity makes us stronger. But sad that the photo that went out with this tweet – and presumably the meeting at which it was taken – does not illustrate diversity at the top,” the user wrote.

Conversations on diversity, inclusion, and culture change are not incompatible with our thirst for operational excellence. I count on my senior leaders to champion culture change. Diversity makes us stronger, inclusion improves our institution. We are #StrongerTogether – ArtMcD pic.twitter.com/y4piRhtW3N

McDonald was appointed Canada’s new Chief of the Defence Staff during a virtual change of command ceremony in January after Gen. Jonathan Vance retired from the post.

McDonald used his first address in the new position to apologize to Canadian Armed Forces members who have faced any type of discrimination or harassment while serving in uniform.

He promised during the ceremony to continue the work launched during Vance’s five-year tenure as defence chief, including efforts to root out sexual misconduct and hate from the ranks.

Previous articleOntario police fired bullet that killed 1-year-old boy during standoff near Lindsay: SIU
Next articleWhat if the novel coronavirus can never be eradicated?
- Advertisement -